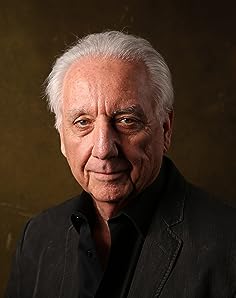 Amazon Video has the most number of Bob Gunton’s flixes, followed by Vudu compared to other streaming platforms. See the full graph below.

On average the IMDB score of the movies that Bob Gunton has worked on is 6.5.

Two imprisoned men bond over a number of years, finding solace and eventual redemption through acts of common decency.

In the late 1800's a new addition to law enforcement is evolving. Forensic science is in its infancy and the Wild West will never be the same. Enter Federal Marshal Jared Stone, the product...

Drama,Western
In Pursuit of Honor (1995)

In 1932, a modernizing U.S. Army orders the Cavalry to destroy its horses but some sympathetic cavalrymen, defying orders, steal the horses in order to save them from destruction, to the dismay of the top Army-brass.

A "mockumentary" about Elvis's real-life trip to the White House to become a federal marshal under the DEA, but meets the President instead. Along the way, the film exposes Elvis's humor, ...

A chronically depressed screenwriter desperately tries to cure his condition when he meets the girl of his dreams.

This starts when Jackie Kennedy was working after college; and spans her life through the Presidency of John F. Kennedy and her marriage to Aristotle Onassis after the assassination of President Kennedy.

Crime,Drama,Thriller
Murder in the Heartland (1993)

A wanna-be tough guy and his fourteen-year-old girlfriend go on a murder spree.