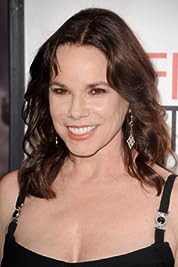 Barbara Hershey was born Barbara Lynn Herzstein in Hollywood, California, to Melrose (Moore) and Arnold Nathan Herzstein, a horse racing columnist. Her father, born in Manhattan, was from a Jewish family (from Hungary and Russia), and her mother, originally from Arkansas, had English and Scots-Irish ancestry. Hershey was raised in a small bungalow, and had aspirations of being an actress from her earliest memories.The multi-award-winning actress has been in some of Hollywood's most memorable films. She has been a winner of an Emmy and a Golden Globe for L'empreinte de la folie (1990). She won two consecutive Best Actress awards at the Cannes Film Festival, (which is unprecedented) for Le bayou (1987) and Un monde à part (1988). She won a Gemini Award for Anne of Green Gables: A New Beginning (2008) for PBS and a Lifetime Achievement Award at the Vienna International Film Festival.Hershey was nominated for an Academy Award for Portrait de femme (1996).She's worked with some of the world's great directors, among them: Martin Scorsese, William Wyler, Woody Allen, Jane Campion and Darren Aronofsky.The versatile actress was first discovered by a talent agent while she was attending Hollywood High School. She began working in television, Les Monroe (1966), and film, Il y a un homme dans le lit de maman (1968), with Doris Day. And with roles in The Baby Maker - Je donne la vie à qui je veux (1970) and Bertha Boxcar (1972), Hershey quickly advanced to starring roles.The 1980's catapulted Hershey's film career, when she starred in Le diable en boîte (1980) with Peter O'Toole, L'emprise (1982), L'étoffe des héros (1983), Le meilleur (1984) with Robert Redford, Hannah et ses soeurs (1986) with Woody Allen, Le grand défi (1986) with Gene Hackman, Les filous (1987), Le bayou (1987), La dernière tentation du Christ (1988), Un monde à part (1988) and Au fil de la vie (1988) with Bette Midler.Hershey returned to television in 1990 with her highly-lauded performance in L'empreinte de la folie (1990), Rage (1991), Retour à Lonesome Dove (1993), the British mini-series, Daniel Deronda (2002) and the last season of Chicago Hope, la vie à tout prix (1994).During the same period, Hershey remained active in features. She was nominated for an Oscar and Golden Globe for Portrait de femme (1996). She also starred in Merchant-Ivory's La fille d'un soldat ne pleure jamais (1998) and the award-winning Australian film, Lantana (2001).In the 2010 years, Hershey has performed in James Wan's cult-hit, Insidious (2010) and Darren Aronofsky's award-winning Black swan (2010), playing Natalie Portman's insane mother.Hershey resides in Los Angeles. - IMDb Mini Biography By: Impression Entertainment

Amazon Video has the most number of Barbara Hershey’s flixes, followed by Google Play Movies compared to other streaming platforms. See the full graph below.

On average the IMDB score of the movies that Barbara Hershey has worked on is 6.3.

Comedy,Drama
Hannah and Her Sisters (1986)

Between two Thanksgivings two years apart, Hannah's husband falls in love with her sister Lee, while her hypochondriac ex-husband rekindles his relationship with her sister Holly.

An unemployed defense worker frustrated with the various flaws he sees in society begins to psychotically and violently lash out against them.

Drama
The Last Temptation of Christ (1988)

The life of Jesus Christ, his journey through life as he faces the struggles all humans do, and his final temptation on the cross.

A coach with a checkered past and a local drunk train a small town high school basketball team to become a top contender for the championship.

Captain Call has just buried Gus at Lonesome Dove and plans to head back to his ranch in Montana. Looking at a herd of wild Mustangs, he decides to drive them north with the help of Isom ...

The Old Testament story of Abraham and the trials he endures. Commanded by God to lead his family to the promised land of Canaan with the promise that if he does so, his descendants will ...

A fugitive stumbles on a movie set just when they need a new stunt man, takes the job as a way to hide out and falls for the leading lady.

Adventure,Western
Last of the Dogmen (1995)

A Montana bounty hunter is sent into the wilderness to track three escaped prisoners. Instead he sees something that puzzles him. Later with a female Native Indian history professor, he ...