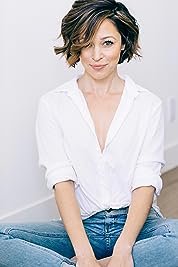 Autumn Reeser saw her breakout role in 2005, as the quirky-cute and socially awkward Taylor Townsend on the final two seasons of popular Fox drama series "The O.C." In addition to leading the cast in numerous romantic comedies for Hallmark, she is also known for her roles as firecracker junior agent Lizzie Grant on HBO's "Entourage" and scientist Katie Andrew on ABC's "No Ordinary Family." She was born in Southern California to Kim and Tom Reeser. She and her younger sister, Melissa, were raised in Carlsbad and Oceanside in a home that valued and respected the arts. As a child, Autumn was an avid reader, and won an award from her local library for 'Most Books Read in One Summer.' Her favorite books included the Nancy Drew, Encyclopedia Brown, and Linda Craig detective series. She was a good student, involved in the Gifted and Talented Program, and was a recipient of a Scholastic award for her part as a preteen reporter in a documentary on the local homeless. She attended Carlsbad High School, where she participated in French club, cheerleading, and school plays, and worked at the clothing shop Wet Seal on the weekends. She was on Homecoming Court and voted Most Beautiful in her graduating year.At the age of seventeen, Autumn moved to Los Angeles to study musical theatre at UCLA and pursue an acting career. To support herself she waitressed in the evenings at Jerry's Famous Deli, the Gypsy Cafe, and Cafe 50's in Westwood. Eventually she began interning at a casting directors office, where she learned 'the ins and outs' of the film and television business. She quickly landed a manager and agent, and booked her first role, an alien girl on 'Star Trek: Voyager' at the age of 20. Her career progressed to numerous guest-starring roles on sitcoms such as 'The George Lopez Show' and 'Grounded For Life', and dramas such as 'Cold Case' and 'CSI'. Her breakout role came in 2005, as the quirky-cute and socially awkward Taylor Townsend on the final two seasons of O.C. (2003), for which she received high critical acclaim. She's also known for her role as firecracker junior agent Lizzie Grant on HBO's 'Entourage' as scientist Katie Andrew in ABC's No Ordinary Family (2010), along with actors Michael Chiklis, Julie Benz. In 2012, she starred as weapons expert Kylie Sinclair in Shawn Ryan's short-lived political thriller Last Resort (2012), on ABC. She also appeared as Dr. Gabrielle Asano on Hawaii 5-0, sports agent Abby Bruce opposite John Stamos on Necessary Roughness, and she has lead the cast in numerous romantic comedies for Hallmark. In addition to her film and television career, she has appeared in"For the Record: Tarantino" at Rockwell, "The OC Musical" at The Montelban, numerous cabarets and she is a member of The WorkJuice Players, best known for the ongoing radio play series at Largo, "The Thrilling Adventure Hour." Most recently, she directed two new musicals: 'City of Light' at Feinsteins 54 Below in New York and 'Modern' in USC's LiveRead Workshop program.Autumn serves on the board of the SAG-AFTRA union and is an advocate for women, performers and working parents. Autumn lives in the Silverlake neighborhood of Los Angeles with her sons Finn (born 2011) and Dashiell (born 2013) and a sweet mutt named Sadie. - IMDb Mini Biography By: Anonymous

Amazon Video has the most number of Autumn Reeser’s flixes, followed by Google Play Movies compared to other streaming platforms. See the full graph below.

On average the IMDB score of the movies that Autumn Reeser has worked on is 6.1.

A unique bodyguard protects his clients by secretly infiltrating their lives in order to draw out and eliminate threats.

A US sub picks up Navy SEALs and receives an order for a nuke launch. Due to the circumstances of the order, the Captain refuses to fire. After escaping an attack from another US sub, the crew and SEALs take refuge on a small island.

Finn Conrad becomes suspicious as to why his father left a nurse, named Willa $100,000, and goes undercover to investigate. When she discovers his true identity, will it keep her from ever trusting him again?

Sparks fly when an engaged country music singer reconnects with a childhood friend.

The Powells are a typical American family living in Pacific Bay, California, whose members gain special powers after their plane crashes in the Amazon.