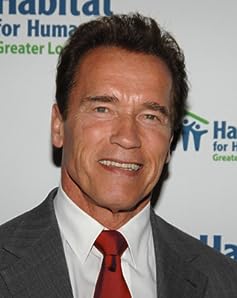 Amazon Video has the most number of Arnold Schwarzenegger’s flixes, followed by Google Play Movies compared to other streaming platforms. See the full graph below.

On average the IMDB score of the movies that Arnold Schwarzenegger has worked on is 6.5.

A cyborg, identical to the one who failed to kill Sarah Connor, must now protect her teenage son, John Connor, from a more advanced and powerful cyborg.

From the damage wrought by Hurricane Sandy to the upheaval caused by drought in the Middle East, this groundbreaking documentary event series provides first-hand reports on those affected by, and seeking solutions to, climate change.

In 1984, a human soldier is tasked to stop an indestructible cyborg killing machine, both sent from 2029, from executing a young woman, whose unborn son is the key to humanity's future salvation.

A UFC fighter's world is turned upside down when he discovers an elite group of world-renowned athletes and scientists who prove that everything he had been taught about protein was a lie.

A look at the life and career of professional wrestler André Roussimoff, who gained notoriety in the 1980s as Andre the Giant.

A team of commandos on a mission in a Central American jungle find themselves hunted by an extraterrestrial warrior.

When a man goes for virtual vacation memories of the planet Mars, an unexpected and harrowing series of events forces him to go to the planet for real - or is he?