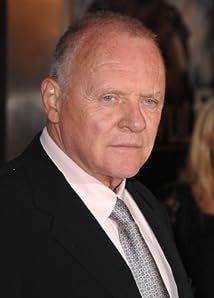 Anthony Hopkins was born on December 31, 1937, in Margam, Wales, to Muriel Anne (Yeats) and Richard Arthur Hopkins, a baker. His parents were both of half Welsh and half English descent. Influenced by Richard Burton, he decided to study at College of Music and Drama and graduated in 1957. In 1965, he moved to London and joined the National Theatre, invited by Laurence Olivier, who could see the talent in Hopkins. In 1967, he made his first film for television, A Flea in Her Ear (1967).From this moment on, he enjoyed a successful career in cinema and television. In 1968, he worked on Az oroszlán télen (1968) with Timothy Dalton. Many successes came later, and Hopkins' remarkable acting style reached the four corners of the world. In 1977, he appeared in two major films: A híd túl messze van (1977) with James Caan, Gene Hackman, Sean Connery, Michael Caine, Elliott Gould and Laurence Olivier, and Maximilian Schell. In 1980, he worked on Az elefántember (1980). Two good television literature adaptations followed: Othello (1981) and A Notre Dame-i toronyőr (1982). In 1987 he was awarded with the Commander of the order of the British Empire. This year was also important in his cinematic life, with Egy ház Londonban (1987), acclaimed by specialists. In 1993, he was knighted.In the 1990s, Hopkins acted in movies like A félelem órái (1990) and Szellem a házban (1992), Napok romjai (1993) (nominee for the Oscar), Szenvedélyek viharában (1994), Nixon (1995) (nominee for the Oscar), Túlélni Picassót (1996), Amistad (1997) (nominee for the Oscar), Zorro álarca (1998), Ha eljön Joe Black (1998) and Ösztön (1999). His most remarkable film, however, was A bárányok hallgatnak (1991), for which he won the Oscar for Best Actor. He also got a B.A.F.T.A. for this role. - IMDb Mini Biography By: Emerenciano

Amazon Video has the most number of Anthony Hopkins’s flixes, followed by Vudu compared to other streaming platforms. See the full graph below.

On average the IMDB score of the movies that Anthony Hopkins has worked on is 6.6.

Set at the intersection of the near future and the reimagined past, explore a world in which every human appetite can be indulged without consequence.

Crime,Drama,Thriller
The Silence of the Lambs (1991)

A young F.B.I. cadet must receive the help of an incarcerated and manipulative cannibal killer to help catch another serial killer, a madman who skins his victims.

A man refuses all assistance from his daughter as he ages. As he tries to make sense of his changing circumstances, he begins to doubt his loved ones, his own mind and even the fabric of his reality.

The story of New Zealander Burt Munro, who spent years rebuilding a 1920 Indian motorcycle, which helped him set the land speed world record at Utah's Bonneville Salt Flats in 1967.

A butler who sacrificed body and soul to service in the years leading up to World War II realizes too late how misguided his loyalty was to his lordly employer.

Behind Vatican walls, the conservative Pope Benedict XVI and the liberal future Pope Francis must find common ground to forge a new path for the Catholic Church.

Drama,Romance,War
Legends of the Fall (1994)

In the early 1900s, three brothers and their father living in the remote wilderness of Montana are affected by betrayal, history, love, nature, and war.