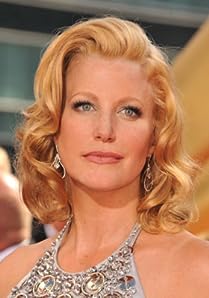 An actress on both stage and screen, Anna Gunn has portrayed a vast array of complex and powerful characters throughout her career.Anna grew up in Santa Fe, New Mexico after her parents transplanted the family from Cleveland, Ohio to the Southwest in the late seventies. She discovered acting in a drama class at the Santa Fe Preparatory School and was fortunate to study with two formidable teachers from the Actor's Studio as a teenager. She continued her education and training at Northwestern University's renowned theatre department, winning a coveted scholarship award in her junior year. During her time at Northwestern, Anna went abroad for a semester to study with the British American Drama Academy and had the marvelous opportunity to perform in the school's final project at the famed Royal Court Theatre in London.Anna has moved between television, film, and theatre with much ease. In 2004, Anna landed her breakout television role, playing Martha Bullock on HBO's seminal show, Deadwood (2004) and later received a SAG nomination for Best Ensemble Cast in 2006. Anna's association with Deadwood (2004) creator David Milch began early on when she first worked with him on his hit drama New York Cops: NYPD Blue (1993), giving a memorable performance as Kimmy, a junkie longing to escape New York to swim with the dolphins. Anna made such an indelible impression on Milch, that almost nine years later she became the template for the pivotal and complex character of Martha. Another major recurring role for Anna was on David E. Kelley's Practice: Die Anwälte (1997), delivering a notable turn as ADA Jean Ward opposite Dylan McDermott and Lara Flynn Boyle. Her extensive television credits also include starring roles in several made for TV movies and major guest starring appearances on such shows as Six Feet Under - Gestorben wird immer (2001), Emergency Room: Die Notaufnahme (1994), Boston Legal (2004), Law & Order (1990) and Seinfeld (1989).Highlights of Anna's feature film work include the dark comedy, Nobody's Baby (2001), in which she starred with Gary Oldman and Mary Steenburgen; the film premiered at the 2001 Sundance Film Festival. In 1998, she played opposite Jon Voight in Tony Scott's summer blockbuster, Der Staatsfeind Nr. 1 (1998). Her first starring role was in 1995's independent thriller, Without Evidence (1995), along side Angelina Jolie. Anna was recently in Kevin Smith's Red State (2011). Her upcoming films include Little Red Wagon (2012) and Sassy Pants (2012), for which she received a nomination at the 2012 Milan Film Festival for Best Supporting Actress.Anna is also a highly regarded and much sought after actress of the stage. In early 2009 she created the leading role of photojournalist Sarah Goodwin in Donald Margulies' world premiere production of Time Stands Still, directed by Daniel Sullivan at the Geffen Playhouse in Los Angeles. In 1999 she starred as Isabella in Measure for Measure at the Ahmanson Theatre helmed by the famed director Sir Peter Hall. In 1997, Anna was brought east to make her Broadway debut alongside Roger Rees in The Rehearsal at the Roundabout Theater. Before that she played on the LA circuit, including the 1995 American premiere of Hysteria directed by Phyllida Lloyd at the Mark Taper Forum. Before settling in Los Angeles, Anna built an impressive background performing on stage in Chicago. She received exceptional reviews in Uncommon Ground at the Northlight Theatre, and playing opposite Jeremy Piven in Keith Reddin's Peacekeeper at the American Blues Theatre. She even landed her first professional acting role, playing Lucy Lockit in the critically acclaimed production of The Beggar's Opera at the Court Theatre while still an undergraduate at Northwestern University. In late 2011, Anna immersed herself in the role of Marie Curie for Alan Alda's world premiere of Radiance: The Passion of Marie Curie, directed by Daniel Sullivan at the Geffen Playhouse and received rave reviews.She starring as Skyler White on AMC's Emmy award-winning series Breaking Bad (2008); a role that garnered Anna a 2012 Outstanding Supporting Actress in a Drama Series Emmy Nomination until she won in 2013-2014, a 2012 Best Supporting Actress nomination by the Broadcast Television Journalist Association for a Critics' Choice Television Award, and a 2012 & 2013 Screen Actor's Guild Award for Best Ensemble Cast. The cast was also the recipient of the 2008 Peabody Award and won an AFI Award both in 2008 and 2011. The show was also nominated in 2013 by the Hollywood Foreign Press Golden Globe's as Best Television Drama until it won in 2014. - IMDb Mini Biography By: Nancy Seltzer & Associates

Amazon Video has the most number of Anna Gunn’s flixes, followed by Vudu compared to other streaming platforms. See the full graph below.

On average the IMDB score of the movies that Anna Gunn has worked on is 6.6.

A high school chemistry teacher diagnosed with inoperable lung cancer turns to manufacturing and selling methamphetamine in order to secure his family's future.

When a young boy is found dead on an idyllic beach, a major police investigation gets underway in the small California seaside town where the tragedy occurred. Soon deemed a homicide, the case sparks a media frenzy, which throws the boy's family into further turmoil and upends the lives of all of the town's residents.

With nothing more than a blazing spirit of philanthropy and his beat-up red wagon, Zach sets out to help homeless children in America. In the process, he sweeps his fractured family - and ultimately the entire country - along with him.

A normal father's family life is turned upside down when his son discovers his dad has another family.

Desperate to get out from under her overprotective mother, a home-schooled teen runs off to live with her dad, and forms a bond with his much-younger boyfriend.

A small town pastor becomes the prime suspect in a murder case.

Senior investment banker Naomi Bishop is threatened by a financial scandal and must untangle a web of corruption.