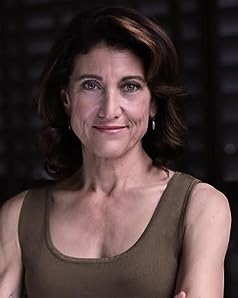 Born in New Jersey and raised in Philadelphia, veteran actress Amy Aquino stars in the Amazon hit series "Bosch." Aquino plays Lt. Grace Billets, immediate superior and close friend of homicide detective Harry Bosch (Titus Welliver) at LAPD's Hollywood Division. The series returns for its sixth season April 2020. Amy will also be seen on the upcoming season of "The Good Fight" on CBS All Access.Over her thirty-plus year career, Aquino has recurred in numerous television series, including "Glee," "Curb Your Enthusiasm," "Being Human," "ER," "The Practice", "Judging Amy," "Everybody Loves Raymond," "Felicity," and "Brothers and Sisters." Her films include "Working Girl," "Moonstruck," "Boys on the Side," "The Singing Detective," "White Oleander," "A Lot Like Love," "In Good Company," and "Beautiful Boy" with Steve Carrell.Graduating with a BA in Biology from Harvard University, she went on to earn her MFA at the Yale School of Drama. Aquino then split her acting career between New York and LA, doing TV, film and theater, including a stint on Broadway in the original production of Wendy Wasserstein's "The Heidi Chronicles" with Tony Shalhoub, David Hyde Pierce and Christine Lahti. She settled in LA to play the mother Phyllis in CBS' critically acclaimed "Brooklyn Bridge" and has remained in California since.She has also maintained her love for the stage, appearing in theaters on both coasts, including NY's Lincoln Center, LA's Geffen and Mark Taper Forum, San Diego's Old Globe, and South Coast Rep in Irvine.Amy has also devoted over 20 years to union work, serving as a Screen Actors Guild officer from 1994 to 2004, taking part in contract negotiations and spearheading a complete revamping of its communications. Elected SAG's second highest-ranking national officer in 2009, Aquino was instrumental in bringing about merger with sister union AFTRA in 2012, resulting in her appointment as founding Co-Secretary Treasurer of the new SAG-AFTRA. She serves on the Boards of the SAG Pension and SAG-AFTRA Health Plans.Aquino lives in a 1915 Pagoda-style bungalow in Hollywood, which she and her husband, financial advisor Drew McCoy, restored and had landmarked. She is active in LA's historical preservation movement, helping establish protected status for her Sunset Square neighborhood, and being appointed by the mayor to its Historical Preservation Overlay Zone Board. She's also on the Board of Arts for LA, the leading voice for arts equity in LA County. - IMDb Mini Biography By: x

Amazon Video has the most number of Amy Aquino’s flixes, followed by Amazon Prime Video compared to other streaming platforms. See the full graph below.

On average the IMDB score of the movies that Amy Aquino has worked on is 7.1.

An Iraq war vet suffers a brain injury that triggers the ability to see connections between seemingly unrelated events, objects or people.

Set in the forties. A young Jewish boy is called on by his parents to help a young girl come out of her shell, imposed after she watched her father die at the hands of the Nazis.

Armed with history, humor and his trademark ranting, comedian Lewis Black takes a hilarious look at how to survive the "month-long festival of consumption" without losing your mind.

Crichton-esque techno-thriller about hackers and sysadmin fighting to escape a data center overrun by a deadly artificial intelligence.