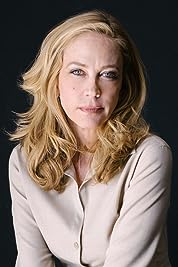 Ally Walker was born in Tullahoma, Tennessee and raised in Santa Fe, New Mexico. Actress Ally Walker studied biology and chemistry at the University of California Santa Cruz and went on to work for a genetic engineering firm in San Francisco. While spending a semester at Richmond College of the Arts in London, Ally became interested in theater but did not pursue it in lieu of her education in the sciences. After graduating with a science degree, Ally continued to work in genetic engineering, but her life changed one day when a producer discovered her in an L.A. restaurant and cast her in her first project.From that point on, Ally made her mark in both television and film, starring in daytime's Emmy-winning Santa Barbara (1984) and True Blue (1989), followed by the cult classic Singles (1992) and the action flick, Universal Soldier (1992). Ally then returned to TV, playing a private eye in the series Coup de foudre à Miami (1993). It was during this time that Ally was offered the opportunity to test for both "Rachel" and "Monica" for NBC's Friends (1994), choosing instead to take on a different type of comedic role in the film Faux frères, vrais jumeaux (1995), starring alongside Andy Garcia and directed by Andrew Davis.Although Walker has appeared in a number of big screen films, she is popularly remembered as "Ashley Bartlett Bacon", Peter Gallagher's girlfriend in L'amour à tout prix (1995). Her most notable role however, was that of "Dr. Samantha Waters" in Profiler (1996), where she played a forensic psychologist with a dark past. The show was a pioneer in what is now the forensic drama phenomenon, and combined the standard "whodunit" with an intuitive/psychic twist which changes the landscape of television. Many credit Profiler (1996) with paving the way for hit shows such as Les experts (2000), Médium (2005) and Mentalist (2008). At the time, Walker was the only single female lead on network television and it ranked in the top ten in worldwide syndication for several years that followed its run.Some have compared Ally to Leigh Anne Tuohy, who was portrayed by Sandra Bullock in the film The Blind Side (2009), for making her documentary, "For Norman...Wherever You Are". Shot in 2005, it chronicles Ally's experience through the Los Angeles Foster Care System, a journey that she was inspired to take after helping a one-year-old baby and his mother get off the streets. The film exposes the errors in the system, but never loses sight of the fact that the system itself is necessary. This heartfelt project won Best Documentary Feature at the San Fernando Valley International Film Festival, as well as the Champion of Conscience Award at Wine Country Film Festival. Ally returned to the small screen in HBO's "Tell Me You Love Me" (2007), a show that holds a special place in her heart. It was an honest depiction of people in relationships, filled with scenarios that were tender and raw. "To explore intimacy in such an honest, brave way was a dream come true for me", Walker says. "I had been brought up on the films of the 1970s, and the material we were given on the show was sort of a throwback to a time when films were about people, not car explosions". Ally also continued to be seen on the big screen, most recently starring in Toe to Toe (2009) and Wonderful World (2009), alongside Matthew Broderick.However, in a complete about face, Ally can now be seen as the sociopath, "ATF Agent June Stahl", on Sons of Anarchy (2008), FX's dramatic hit series. Originally cast for three episodes by the show's creator, Kurt Sutter, Ally has been recurring every year, and is now on her third season.Walker has supported the Environmental Defense Fund and CYFC - Children Youth and Family Collaborative, among many other children's organizations. She resides in Santa Monica with her husband, three boys John Walker, William, Caleb, and her three dogs - Flora, Daisy and Flower, 2 mutts and a Rottweiler. - IMDb Mini Biography By: MLC PR

Amazon Video has the most number of Ally Walker’s flixes, followed by Vudu compared to other streaming platforms. See the full graph below.

On average the IMDB score of the movies that Ally Walker has worked on is 6.2.

A drama about three couples and the therapist they share.

Angel's Perch is the story of Jack, a successful architect living in Pittsburgh, who must make the trip to his tiny hometown when his grandmother Polly, who is suffering from Alzheimer's, ...

Bah! Humbug! Susan Stone is definitely what you'd call a modern-day scrooge. She is a young, jaded book editor who is consumed with self-doubt and has lost the passion and drive that ...

3 prisoners escape. 2 end up in Happy, Texas, where they're mistaken for a gay couple expected there to help with the small girls beauty pageant. As the 2 are paid $1000, they decide to stay until the heat is gone.

A skeptical tough ex-cop is forced to team up with a nerdy scientist and firm believer of the paranormal. They must help a secret L.A.-based government agency deal with unexplained and paranormal occurrences.

Two rival soldiers who were killed in Vietnam are brought back to life in a top secret military experiment that creates superhuman warriors.

Crime,Drama,Mystery
When the Bough Breaks (1994)