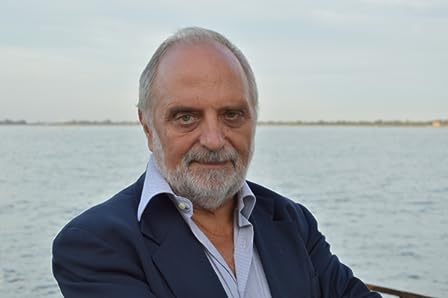 Alessandro Bressanello is known for his work on Tolo Tolo (2020), Pop Black Posta (2019) as Lorenzo, Mozart in the Jungle (2016) as Lionel, Spectre (2015) as the Priest, Antonio him smeckt's nicht( 2016) as Antonio,Sole a catinelle (2013) as doctor Surace, Vacanze di Natale a Cortina (2011) as Bepi, Romanzo di una strage ( 2012) as Mariano Rumor, Casanova (2005), Come Dio comanda (2008) as Marchetta, La Masseria delle allodole (2007), Carlo Goldoni: Venezia, gran teatro del mondo (2007) as Carlo Goldoni. He began working as a musician in the '60s and then devote himself to study theater. Opened in 1976 the Tag Teatro in Venice. From 1980 to 1990 he was president of the cooperative Tag Theatre, where he worked as an actor and a director, producing numerous shows that have travelled all over the world. Since 1995 he opened his own company, Produzioni Teatrali Veneziane, with whom he still works, producing numerous shows, while also working in other fields such as the Carnival of Venice and the organization of major street-events, as well as the production of large-scale events in different countries of Europe. Alessandro Bressanello specializes in the theater of the Commedia dell'Arte and held numerous master classes in Italy and abroad about it, but he also dealt with stagings of baroque operas and contemporary theater. As an actor, director and producer has worked in Spain, France, Germany, Switzerland, Holland, Austria, Yugoslavia, Russia, Greece, Turkey, England, Poland, Norway, Sweden, Malta, Brazil, Mexico, USA, Ile de la Reunion. In addition to theater, he starred in over 40 films, working also as casting and assistant director, with French, German, British, Japanese and U.S. productions. - IMDb Mini Biography By: Alessandro Bressanello

Tubi TV has the most number of Alessandro Bressanello’s flixes, followed by FlixFling compared to other streaming platforms. See the full graph below.

On average the IMDB score of the movies that Alessandro Bressanello has worked on is 7.2.

In the 1700's, while the glory of Venice was to the apex of its splendor but to the beginning of its express decline, Carlo Goldoni anticipated the French revolution renewing the European ...

Three women from different walks of life, all struggling with various personal issues, come together as caretakers at an elderly home. Together, they form a bond and find a new outlook on life.