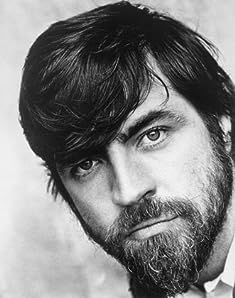 Alan Bates decided to be an actor at age 11. After grammar school in Derbyshire, he earned a scholarship to the Royal Academy of Dramatic Arts in London. Following two years in the Royal Air Force, he joined the new English Stage Company at the Royal Court Theatre. His West End debut in 1956, at 22, was also the company's first production. In the same year Bates appeared in John Osborne's "Look Back in Anger," a play that gave a name to a generation of postwar "angry young men." It made Bates a star and launched a lifetime of his performing in works written by great modern playwrights -- Harold Pinter, Simon Gray, Storey, Bennett, Peter Shaffer and Tom Stoppard (as well as such classic playwrights as Anton Chekhov, Henrik Ibsen, August Strindberg and William Shakespeare). Four years later Bates appeared in his first film, a classic: Der Komödiant (1960), in which he plays one of Laurence Olivier's sons. More than 50 film roles have followed, one of which, Ein Mann wie Hiob (1968) (from a novel by Bernard Malamud) earned an Academy Award nomination for Bates. He married Victoria Ward in 1970. Their twin sons, Benedick and Tristan, were born in 1971. Tristan died during an asthma attack in 1990; Ward died in 1992. Bates threw himself into his work to get through these tragedies, and spoke movingly about the effects of his losses in interviews. He was the Patron of the Actors Centre in Covent Garden, London; Bates and his family endowed a theatre there in memory of Tristan Bates, who, like his father and brother, was an actor. With few exceptions, Bates performed in premium works, guided by intuition rather than by box office. For each role he created a three-dimensional, unique person; there is no stereotypical Alan Bates character. Women appreciate the sensitivity he brought to his romantic roles; gay fans appreciate his well-rounded, unstereotyped gay characters; and the intelligence, humor and detail - the smile that started in the eyes, the extra pat or squeeze, the subtle nuances he gave to his lines, his beautiful, flexible voice - are Bates hallmarks that made him special to all his admirers. The rumpled charm of his youth weathered into a softer but still attractive (and still rumpled) maturity. In his 60s Alan Bates continued to divide his time among films, theatre and television. His 1997 stage portrayal of a travel writer facing life's big questions at the bedside of his comatose wife in Simon Gray's "Life Support" was called "a magnificent performance, one of the finest of his career" (Charles Spencer, Sunday Telegraph, 10 August 97). His last two roles in New York earned critical praise and all the Best Actor awards Broadway can bestow. He was knighted in January 2003, and only a few weeks later began treatment for pancreatic cancer. He was positive that he would beat the disease, and continued to work during its course, only admitting to being "a bit tired." His courage and strength were remarkable, and even in his final days his humor remained intact. After his death, there was an outpouring of affection and respect. As Ken Russell said in his Evening Standard tribute, "The airwaves have been heavy with unstinted praise for Alan Bates since his untimely death . . . All the tributes were more than justified for one of the great actors ever to grace the screen and stage." - IMDb Mini Biography By: Karen Rappaport <rappaport@ffolio.com>

Amazon Video has the most number of Alan Bates’s flixes, followed by Vudu compared to other streaming platforms. See the full graph below.

On average the IMDB score of the movies that Alan Bates has worked on is 6.8.

Drama
The Mayor of Casterbridge (1978)

In a drunken and disheartened state, Michael Henchard sells his wife at a fair. When he becomes sober again, he realizes what he has done, and though unable to find his wife and child, ...

The passion and anger of a modern warrior during the height of the AIDS epidemic.

Arrival of a beautiful model stirs up the guests of a peaceful small town hotel, where most of them hide from their troubles. Secrets, infatuations, and lies come out.

To cure a Prince's murderous madness, Scheherezade tells him a series of wonderous stories.

Before creating the beloved courtroom drama Rumpole of the Bailey (1978), writer John Mortimer found inspiration in his own life for this portrait of a difficult but enduring love between ...

A tale of torrid and forbidden love between a couple in the English countryside.

A chronicle of the life of George VI (James Wilby), who was forced to become King following the abdication of his brother Edward VIII, and his relationship with his wife, Elizabeth (Juliet Aubrey).