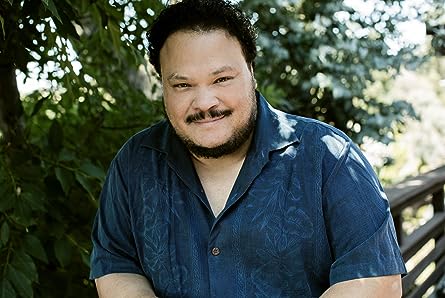 Adrian Martinez is an actor, writer, producer, and director, with over 100 film and TV credits. Adrian plays the lead and produces his directorial debut, "iGilbert" based on his original screenplay, with Dascha Polanco (Orange is the new black) and Raul Castillo, (El Chicano). "iGilbert" is presently in post production. Adrian is a series regular in ABC's new drama, "Stumptown" opposite Cobie Smulders (How I met your mother) Adrian can also be seen on season 1 of CBS all access' 'No Activity' produced by Will Ferrell and Funny or die. This is Adrian's follow up to a Series Regular role in NBC's TheBlackllist:Redemption on NBC.Adrian's career began as a high school track star on NBC's "Unsolved Mysteries". Some in casting have called Adrian, "the sidekick to the stars," as evidenced by his recent sidekick trifecta Amy Schumer's sidekick in 'I feel Pretty,' now on all digital platforms, Will Smith/ Margot Robbie's sidekick in Warner Bros' "Focus," , Ben Stiller's sidekick in his Fox remake of "The Secret Life of Walter Mitty," Will Ferrell's sidekick in Lionsgate's "Casa de mi Padre," to name a few.Of the film and TV projects Adrian has been involved in, some of his favorites include, "It's Kind of a Funny Story," opposite Zach Galifianakis, and "Mail Order Wife," a mockumentary, where his lead portrayal was so convincing, audiences thought the film was a DOCumentary.Adrian has been seen in a wide range of character portrayals including the upcoming feature "The stand-in" opposite Drew Barrymore, Jim Sheridan's "In America," opposite Katie Holmes in "Pieces of April," "The Interpreter," opposite Nicole Kidman, opposite Jimmy Fallon in "Taxi," and "Mona," which he also co-produced. "Mona" has aired several times on PBS' Indie night.Mr. Martinez's TV work includes over fifty guest spots, including "The Blacklist," a recurring guest star in CBS' "A Gifted Man," opposite Patrick Wilson, FX's "louie" HBO's "Flight of the Conchords," "Curb your enthusiasm," "Sex and the City," recurring on Comedy Central's "Inside Amy Schumer," "Three Strikes," produced by Jon Stewart, and "Deadbeat" produced by Brad Pitt. Football fans know Adrian as the State Farm 'discount double check' Cheesehead guy opposite Super bowl/ NFL MVP Packers quarterback, Aaron Rodgers.Theater audiences know Mr. Martinez from his daring off-Broadway performances in Jose Rivera's "Massacre," for Rattlestick theater, "Our Lady of 121st Street," at the Union Square theater, and "The Last Days Of Judas Iscariot," at the Public theater, both directed by Oscar winner Philip Seymour Hoffman, and written by Pulitzer prize winner, Stephen Adly Guirgis for the LAByrinth theater company, of which Adrian is a member.Adrian is writing and developing film and TV projects through his production company, Paloma Pictures, and presently resides at a Whole foods in New York and LA. - IMDb Mini Biography By: Anonymous

Amazon Video has the most number of Adrian Martinez’s flixes, followed by Vudu compared to other streaming platforms. See the full graph below.

On average the IMDB score of the movies that Adrian Martinez has worked on is 6.5.

A sharp-witted Marine veteran becomes a private investigator in Portland, Oregon, where she takes care of her brother who has down syndrome.

Covert operative Tom Keen joins forces with Susan "Scottie" Hargrave, the brilliant and cunning chief of a covert mercenary organization that solves problems that are too dangerous for the government.

In the midst of veteran con man Nicky's latest scheme, a woman from his past - now an accomplished femme fatale - shows up and throws his plans for a loop.

A documentarian funds an N.Y.C. doorman's East Asian mail-order bride in exchange for the right to film the experience.

Summer, New York City. A college girl falls hard for a guy she just met. After a night of partying goes wrong, she goes to wild extremes to get him back.

When Bert discovers that Arnie is sleeping with his wife, the two begin an unlikely friendship.