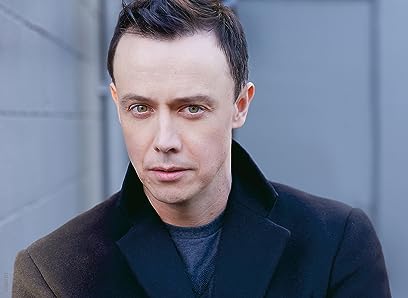 Born and raised in Nepean, Ontario, Canada, Adam began his multifaceted career in entertainment when he was twelve on the 80s Nickelodeon cult comedy, You Can't Do That on Television (1979) At sixteen, he graduated to the writing department and co-wrote thirty episodes of the show with producer/creator Roger Damon Price. He attended Sir Robert Borden H.S. and was a member of the National Champion High School Improv Team (along with his friend, fellow S.R.B. alum, Sandra Oh). He became the school's president in his senior year.Adam then attended Ryerson University's film program and won the 'Norman Jewison Filmmaker's Award' for his graduating short, "Token for your Thoughts", which also won a 'Gold Plaque Award' at the Chicago Intercom Festival. From there, Adam began to straddle both passions as an actor and filmmaker - directing commercials, music videos and shorts, while touring and performing with one of the most popular Canadian comedy troupes at the time, The Komic Kazes. This experience helped him land his first film role in the feature, Kids in the Hall: Brain Candy (1996).A fruitful stretch in comedic commercials in Canada followed. A 90 second theatrical spot for Toyota in which he stars as a pretentious and insecure commercial director, won a 'Gold Lion' at the Cannes International Advertising Festival.Reid's comedic skills were featured in films, M.O.W.s and television series' like Disney's The Wonderful World of Disney: My Date with the President's Daughter (1998), CBC's "The Newsroom", Indie comedy "Ham and Cheese", Lifetime's This Time Around (2003), comedy gem The Buck Calder Experience (2006), Fox's Killer Instinct (2005), and USA's _Psyche_. As a voice actor, he has starred in hit cartoons like "Sixteen", "Total Drama Island", and "What It's Like Being Alone", among many others.As a writer/director, between 2002 and 2006, along with developing and directing kids shows like HBO Family's Ghost Trackers (2005) and Fox Kids' "The Adrenaline Project", Reid ran a film mentorship program at a Toronto youth shelter called Eva's Phoenix, to help at-risk youth express their creativity. The program produced two award winning short films under Adam's direction, "One Dollar One Day", and Sheltered Life (2006).In 2010, he completed his first feature documentary film, Dancing in the Flames (2009), about the life of the renowned Jungian analyst, author and revered wisdom keeper, Marion Woodman. Animation from legendary three-time Academy Award winning artist, Faith Hubley, is woven into the film to visualize Marion's stories and revolutionary thoughts. The film has been praised by many, including playwright, activist, and creator of the The Vagina Monologues (2002), Eve Ensler, who, along with Omega Institute Founder, Elizabeth Lesser, co-presented the New York City premiere at the prestigious Rubin Museum of Art in Chelsea NY, Oct. 2010.Reid returned to performance work in 2010, with a celebrated dramatic turn in the Hallmark Hall of Fame/CBS movie, When Love Is Not Enough: The Lois Wilson Story (2010), starring Winona Ryder as Lois Wilson, and Barry Pepper as Bill Wilson. Reid played Ebby Thatcher, Bill W's best friend and drinking buddy, whose miraculous recovery from alcoholism helped inspire Bill to found Alcoholics Anonymous. - IMDb Mini Biography By: Anonymous

Amazon Video has the most number of Adam Greydon Reid’s flixes, followed by Microsoft Store compared to other streaming platforms. See the full graph below.

On average the IMDB score of the movies that Adam Greydon Reid has worked on is 6.4.

Comedy,Family
You Can't Do That on Television (1979)

Sketch TV by young amateur actors in true classic Nick-style. But whatever you do, never admit that you don't know or ask for water.

Eddy Storkowitz is an imaginative, inquisitive and precocious ten year old bird. Through his eyes, we discover a world in which human qualities are endowed upon our fine feathered friends. ...

Three alien robots, Rivet, Widget and Socket, accidentally crashed their spaceship on a backyard tree in Earth. Human twins Robin and Daisy Harrison, and their pet dog Sam went to ...

When an oil rig causes a volcanic eruption in a small town, it's just the first in a trigger effect called the Ring of Fire that stretches across the globe. If these cataclysmic series of ...